Kabza De Small dropped his second album named “I Am The King Of Amapiano” on Friday the 26th of June.

Not disappointing his fans this album is doing very well in terms of ranking and overall feedback from fans and critics.

Kabza is overwhelmed by the support he has been receiving from his fans and he is highly grateful.

He expressed his excitement on social media and also shared his album rankings. 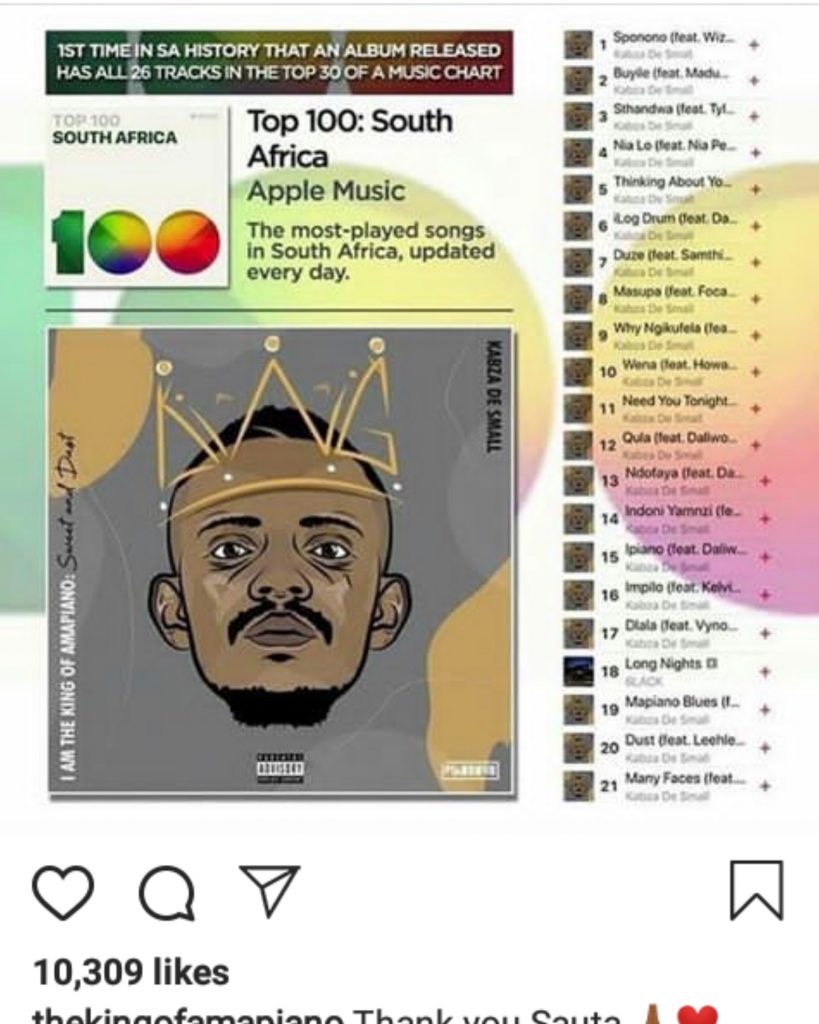 Kabza De Small is the first South African artist to have all his 27 songs in an album dominating the Top 30 Apple Music Chart.