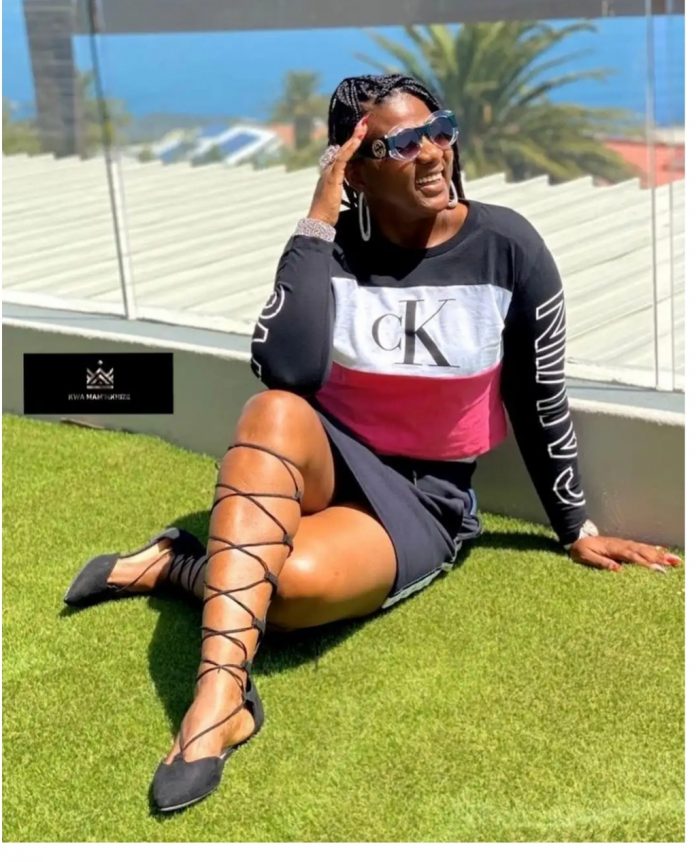 The latest episode of Kwa MamMkhize had viewers completely stunned. They couldn’t believe that there was a whole wing of Shauwn Mkhize‘s home they didn’t know about. Then they saw the walk-in fridge and they were floored – this lady is total #goals.

The Durban businesswoman’s show has received mixed reviews for its entertainment value and content since it first aired, but the one thing fans won’t front about is how much they wish they could have her “kind” of guap.

Thursday’s episode saw Andile ask for another crazy amount of money and introduced fans to another part of the house they didn’t even know about. But it was the “walk in” fridge that caused commotion on the TL.

The helper’s kitchen looked better than the kitchens fans have seen on Top Billing! That’s how hectic Shauwn’s house is.

“Every time I watch the show, I am reminded that we must all really be here to watch Shauwn Mkhize and her family show us how we should be living life. We’re basically here to watch them then die,” one tweep said.

With the coronavirus now in SA, some fans even felt like the way Shawn’s house is set up, she could provide a venue for quarantine and people in the same house would never even bump into each other.

Check out some of the reactions below.

MaMkhize Says Mam’ Mary’s Funeral Reminded Her Not To Take People For Granted.