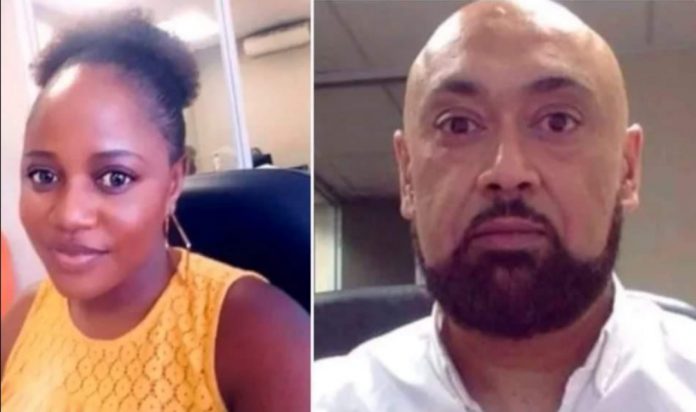 Zahed Sibda, the general manager of a Sandton Investment Company, Fieldstone, whose image was widely circulated last week in connection with a Sandton Office S*x video is an angry man.

Sibda claims that the actual couple in the video, from the offices below his, are refusing to come out in the open and take responsibility.

Married father of two, Sibda, was widely shamed after a video of a man and a woman having s*x in a Sandton Office was linked to him.

The Sartuday Star reports that Sibda would like the company below his to issue a joint statement with him to clear his name.

However, it appears the other company does not want to be involved!

It is not clear if Sibda and Fieldstone have approached the said company.

The case is starting raise more questions than answers.

A Facebook post on the matter claims to know the identity of the person who shared the video.