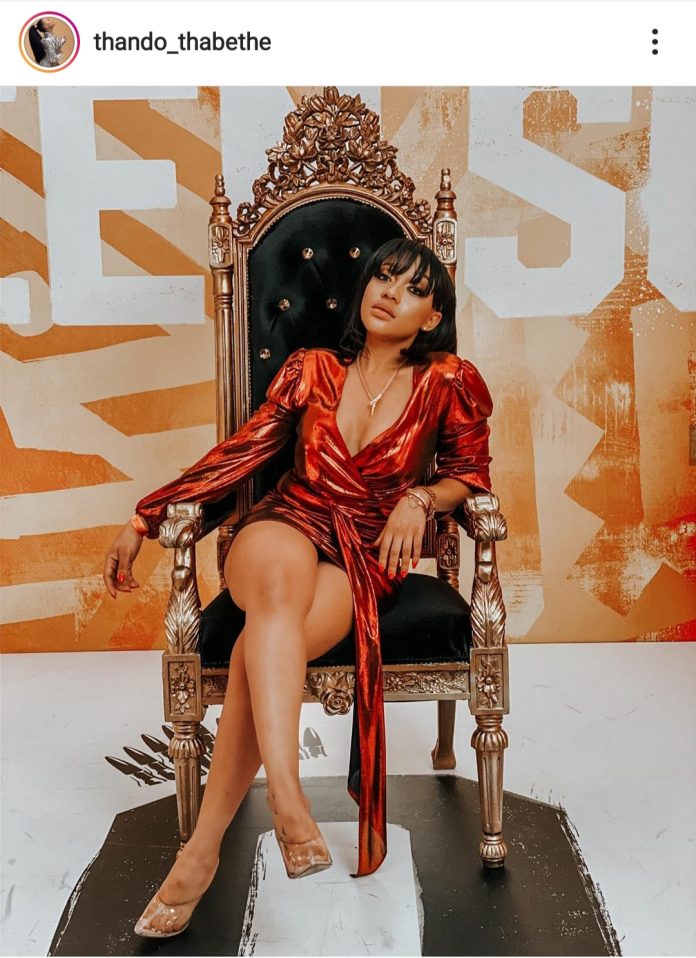 Thando Thabethe sure doesn’t waste any time on unfulfilling relationships – if it ain’t working, Sis quickly steps out!

The hot but discreet romance between media personalities, Lunga Shabalala and Thando Thabethe is officially over. The latter, already has a new Bae, known as Jaji Albortore.

Jaji let the cat out the bag on his Instagram feed, after posting a picture of himself standing next to Thando – He confidently declared her as his #LockDownPartner.

Many of his followers soon flooded the comments section with mostly lovely messages regarding Jaji’s new relationship with the oh – so – gorgeous, Thando Thabethe.

So who is this chocolate man that has seemingly swept Thando off her feet? If his Instagram bio is anything to go by – Jaji is also a practitioner in the entertainment business. The good homie is a Business Entertainment Promoter and CEO at Booth Night Club. His glittery and enviable online presence indicates that he’s possibly hella guap’d! *Ching-Ching*

Omuhle Gela Pregnant And The Father Is Mbali Sebapu’s Boyfriend