DJ Sabby has bid farewell to YFM radio station after 10 years. His last show as the host of The Best Drive Show is Friday 26 March.

He used to host the show with Altovise Lawrence, his co-host who joined last year around April.

The star took to social media to share the official release and confirm that indeed he is leaving the radio station. 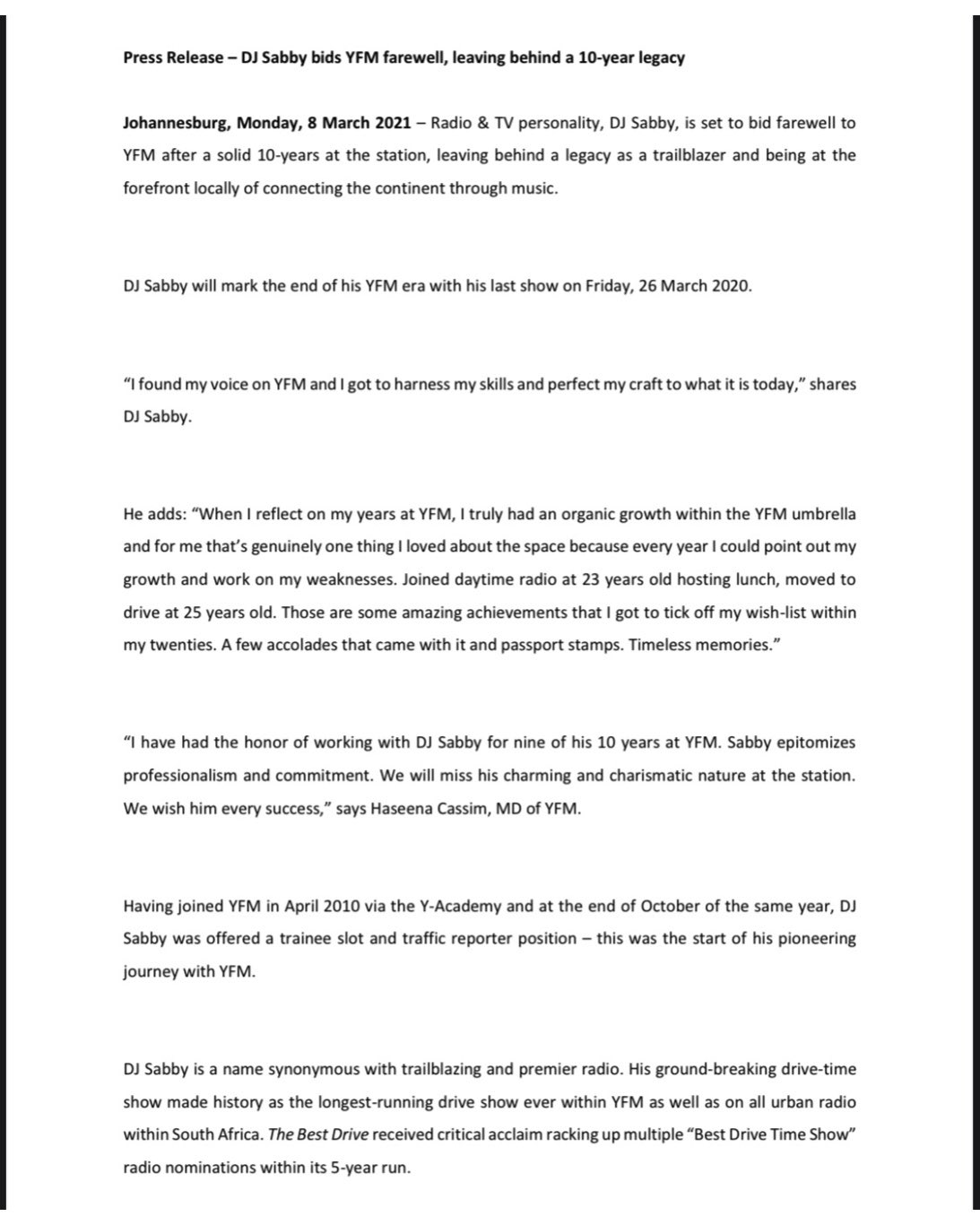 Speaking on his way forward and next chapter, the DJ said he is excited to meet new people, introduce himself to new listeners.

However, most importantly he said he is looking forward to engage in new ideas with a different approach to his current template.

Top 10 Generations Actors That Are Missed

DJ Maphorisa In Trouble After Being Paid And Failing To...

Jacob Zuma Says ANC’s Top 6 Leadership Wants Him To Be...

TK - April 6, 2021 0
Former President Jacob Zuma has accused the ANC's top 6 of conspiring to see him put behind bars during their meeting held virtually last...

Mary Bushiri Speaks Out On The Death Of Their Daughter Israella

Bushiri Blames Chakwera For The Death Of His Daughter

TK - April 5, 2021 0
Songstress and reality tv star Kelly Khumalo has been through so much in her life. She has been accused of being involved in the...

TK - April 5, 2021 0
Orlando Pirates and Bafana Bafana captain Thulani Hlatshwayo was born on the 18th of December in 1989. He got married to Kensington Masegela in...