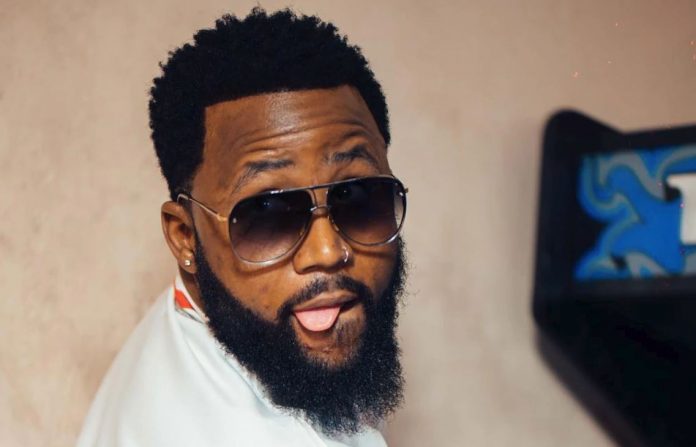 Cassper Nyovest wasnt embarrassed to admit that his stage name was once “Young Gun”. 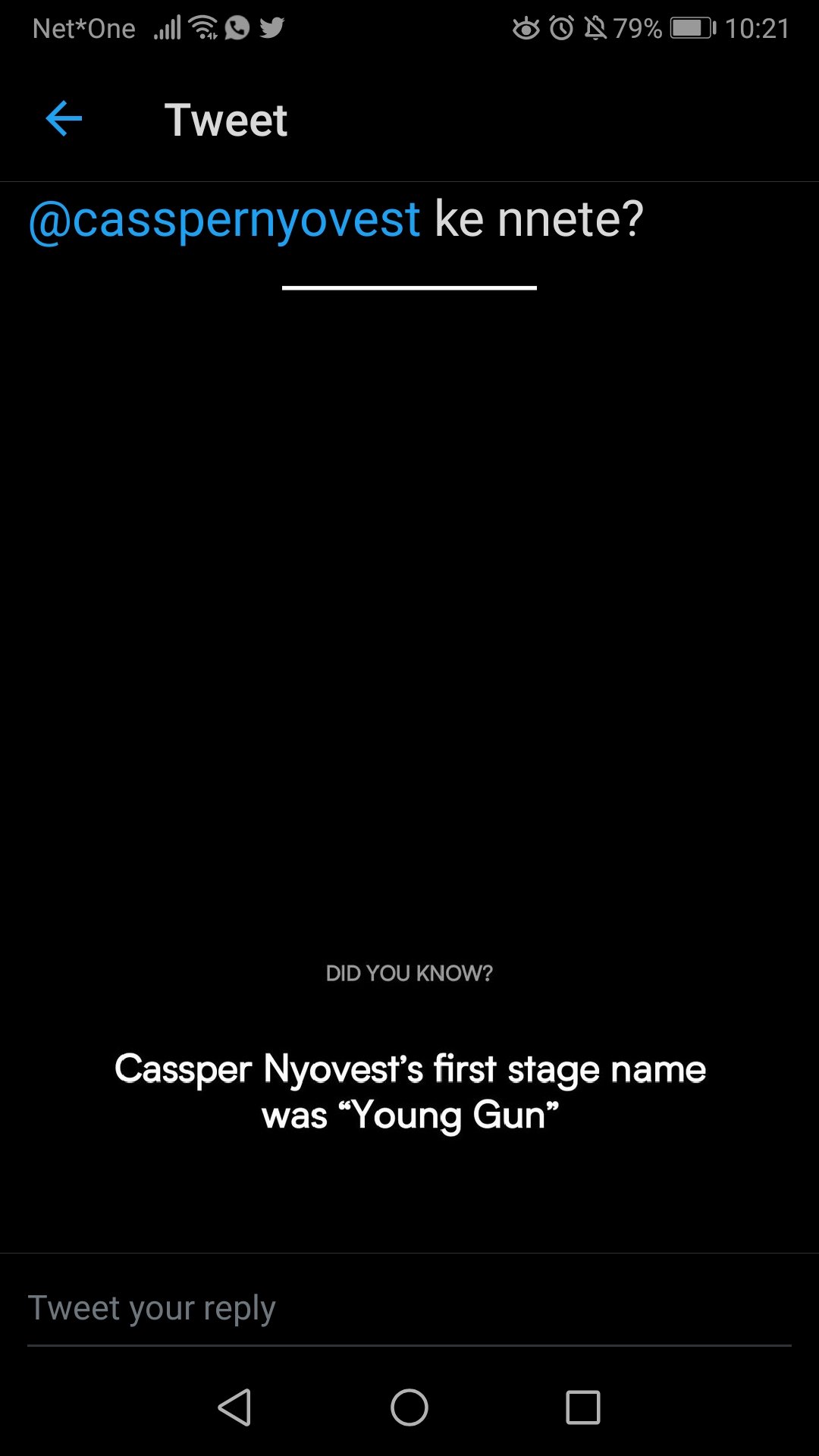 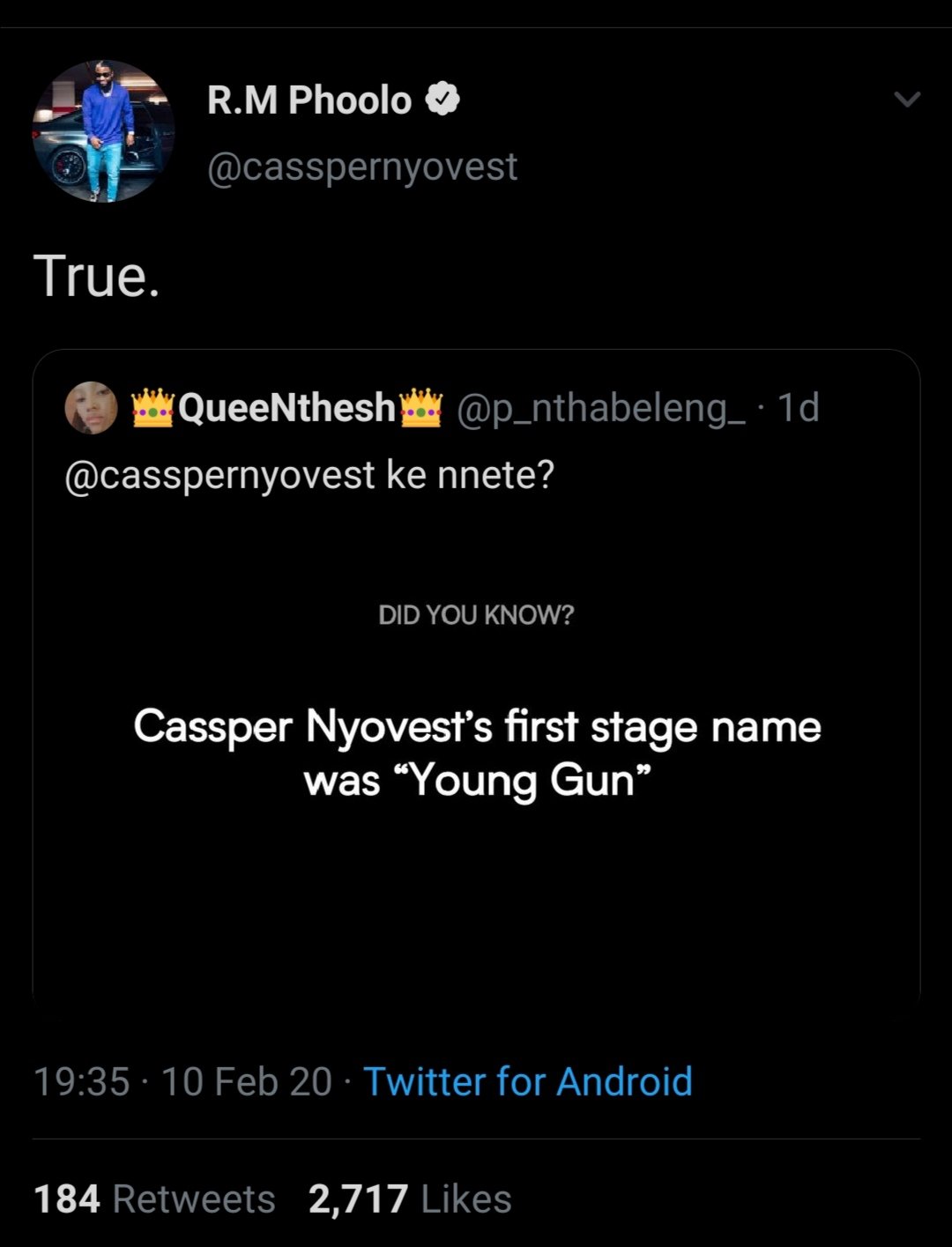 A stage name can make you or break you in the entertainment industry and we guess that is the reason why Refilwe had to change his from “Young Gun “to “Cassper Nyovest “. 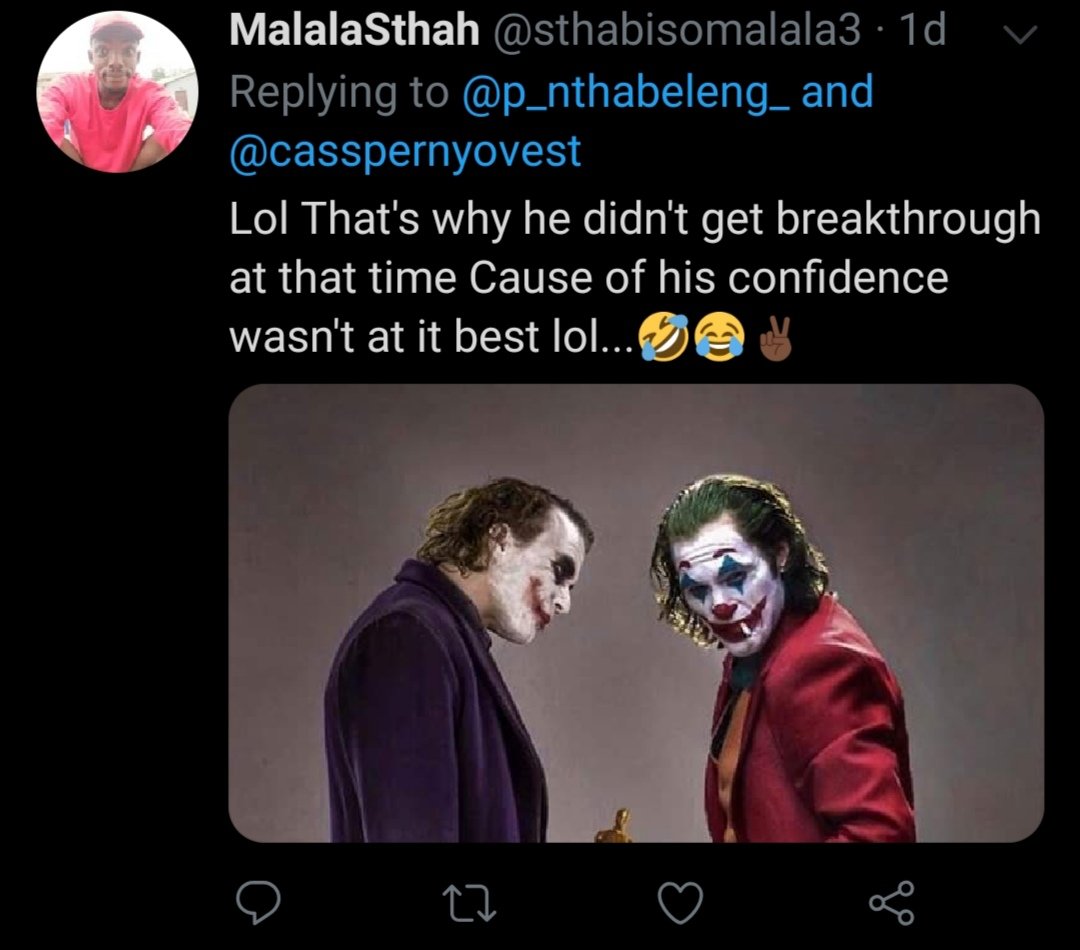 Apparently he change the former after being criticised by fans, it is only after a fan asked him to confirm on twitter that he revealed it was his name for sure. 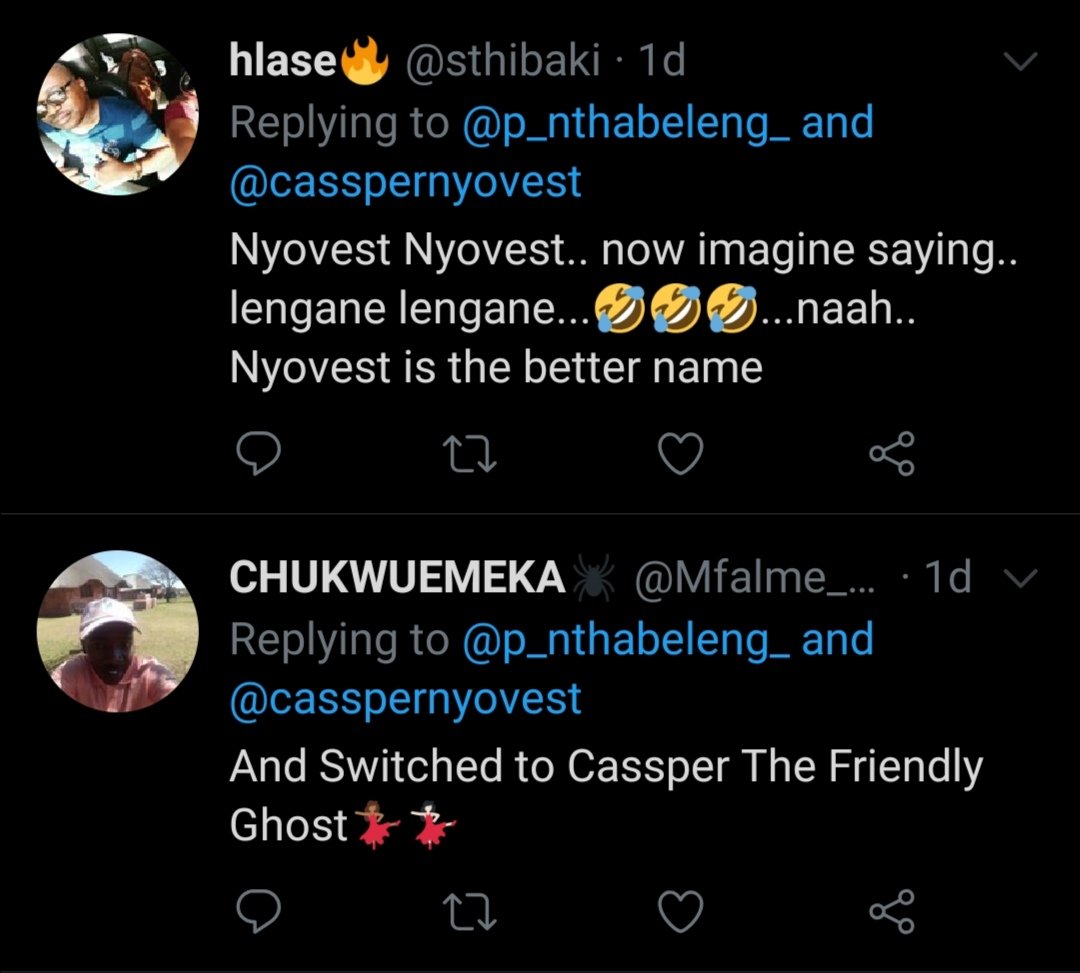 Fans couldn’t help but laugh at the name ,some even made fun of it saying it was “SHORT GUN” not Young gun. 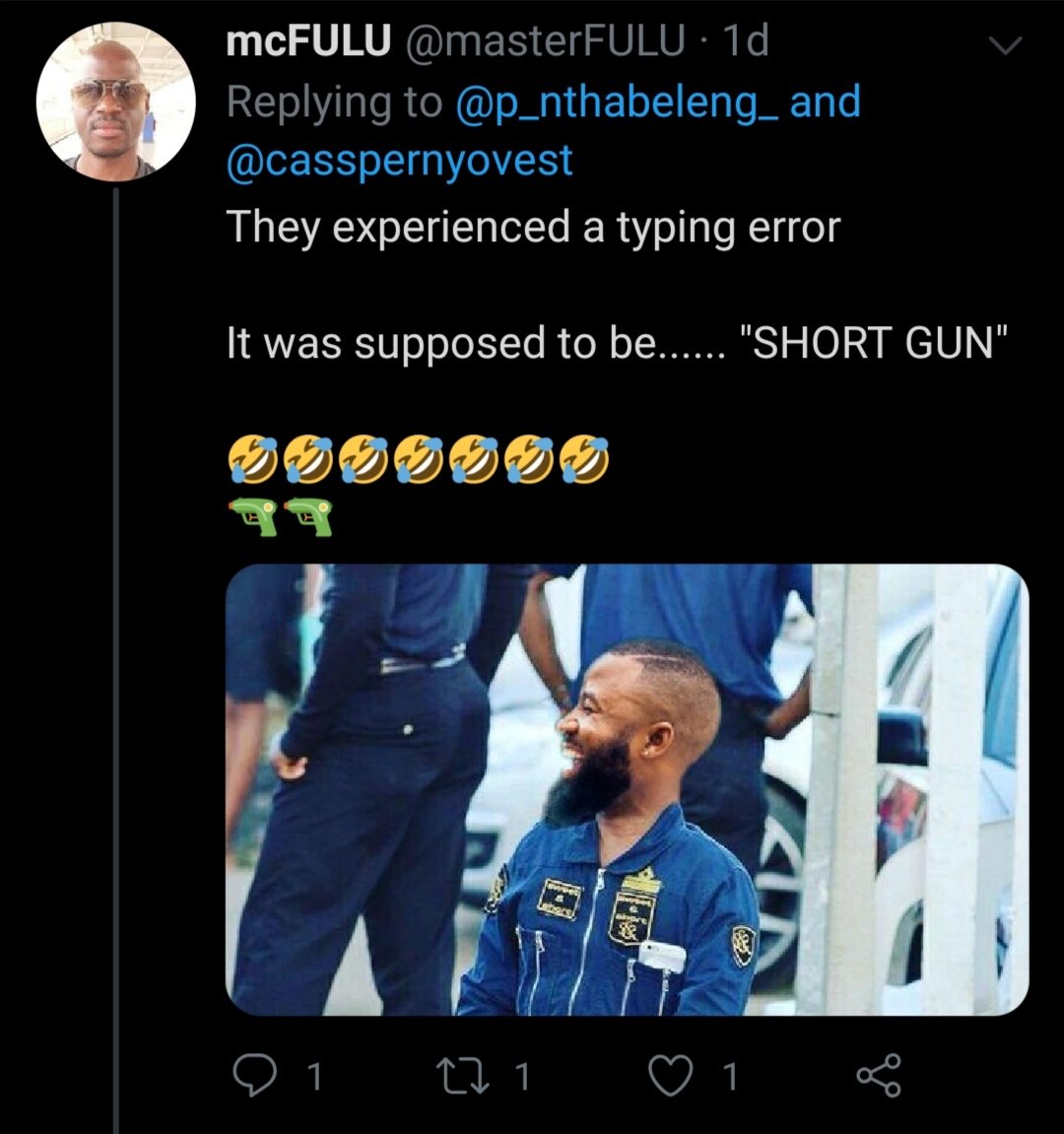 Wode Maya Almost Denied Entry Into South Africa Because Of His...