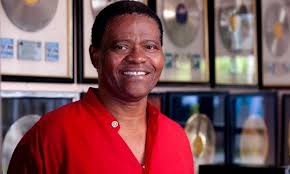 The founder of Ladysmith Black Mambazo has passed on. He died at the age of 78.

The Ladysmith Black Mambazo is a choral group which has won five Grammy awards and also reached number 15 in the UK charts. It was named after Shabalala’s hometown.

The band manager confirmed the death. He died this morning in a hospital in Pretoria.

Joseph Shabalala was born in 1941. He was the eldest of 8 children. He grew up on a farm in Tugela near the town of Ladysmith in South Africa.

Growing up he wanted to be a doctor. The dream was however cut short after his father died and was forced to drop out of school at the age of 12 to work for the family.

He started singing during free time with his friends in a group called the blacks. He later became the leader and main composer of the choir.

They then renamed it to Ladysmith Black Mambazo. They released their first album called Amabutho in 1973.

Shabalala retired from active performances in 2014. His last performance was at Nelson Mandela’s memorial concert.

The legend was with his wife Thokozile Shabalala during his final moments.

Wives and girlfriends of famous South Africans who are popular on...